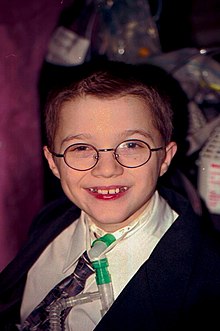 One of Mattie J.T. Stepanek’s most popular (and needed) poems.

Mattie wrote this poem on September 11 …

Did you know that short of leaving this world permanently, you can be changed?  I’m not talking about scientifically or hypnotically or even medically.  I’m talking about spiritually!

That’s what happened to little Matthew J. T. Stepanek, whom I became enthralled with back in our home town in Maryland in 2004.  This young lad became a legend during the thirteen years of his short life.  Mayors, governors, television hosts, U.S. presidents and throngs of people paid him homage at his funeral.  This kid’s light shined brightly throughout the universe while he yet lived.  Let me explain how.  Yes, it was during a conversation with God that he prompted me to write about Matthew and how God elevated him.

For this week’s blog, please allow me to post an article I wrote and delivered to a writing club at the Holiday Park Senior Center in Rockville, Maryland some 15 years ago, about this remarkable young boy who became the town hero.

You will be able to see how God elevated Matthew to a higher spiritual dimension of life while he yet lived among us mortals.  Following is my perpetual tribute to Matt.

Who was Mattie?  Just an extra-ordinary 13 year old boy who turned the modern world upside down and was eulogized this past Monday at St. Catherine Laboure Catholic Church which is located just a few short blocks from this building.

Matthew J. T. Stepanek died on June 22, 2004 in Children’s National Medical Center from a rare form of muscular dystrophy (MDA) at an early age.  He suffered all of his life, yet brought hope, smiles and unspeakable joy to all those who met him.  Mattie was affectionately known as an angel and a messenger from heaven, a shinning star, a boy matured far beyond his years, a poet and a peacemaker.

More than 1,000 people gathered to celebrate the home-going of this special little boy.  Those who spoke in remembrance of him recalled the exceptional organizational skills he used to raise money for MDA; how prolific he was at only three years old, and could compose poetry with such meaning and depth.   How he lovingly babysat and taught the children of a co-worker of his mother; and oh how he dreamed of one day meeting up with Osama Ben Laden and offering a platform of peace for mankind.

Early last Monday, as I listened to the news on my radio and later watched it on TV, I heard the announcer say that sections of Viers Mill Road and Connecticut Avenue would be closed from 10:00 a.m. until 2:00 p.m. due to the expected traffic volume for this solemn occasion.  I stopped washing dishes to listen more attentively.  Who is this Mattie I asked myself.  Who ever heard of a child’s funeral generating this much excitement and attention from our city government.  Next the announcer read a long list of celebrates and county officials who would be officiating at the services.  I was shocked.  [But not God!]

Obviously, I had never heard of Matthew Stepanek.  But I soon learned that this young man at such an early age had published 3 books of poetry entitled “Heartsongs”, of which the first volume appeared on the 2001 New York Times best seller list.  He had appeared on the Oprah Winfrey Show and late night TV and had hosted the Jerry Lewis Muscular Dystrophy Marathon Drive.  Stepanek had also served as a state and national goodwill ambassador for MDA.

As I stood at my sink and marveled at the accomplishments of this fascinating life, and considered his handicap, I could imagine that the doctors, family members and, yes, even total strangers tried to convince the mother of Mattie to abort him early in her pregnancy.  I say this because Mattie had three other siblings who died at early ages from the very same disease.

Mattie suffered, yes.  But he suffered in silence.  In his eulogy, former President Jimmy Carter recalled that Mattie once said he was not afraid of death and encouraged others with this quote:  “Do not weep for me, for I have chosen to live and not spend time dying until death occurs.”

Goodbye, Mattie.  I did not know you in life, but even in death your shinning star continues to light up the lives of all those who come to know you.  You are riding high atop that fire truck, and we all salute you.  Farewell my little angel, go now to join up with your heavenly hosts.

Scripture Lesson:  Young Matthew, with his pain-riddled body reminds us to: “Therefore, I urge you, brothers, in view of God’s mercy, to offer your bodies as living sacrifices, holy and pleasing to God–which is your spiritual worship.  Do not conform any longer to the pattern of this world, but be transformed by the renewing of your mind.  Then you will be able to test and approve what God’s will is–his good, pleasing and perfect will.”  Romans 12:1-2